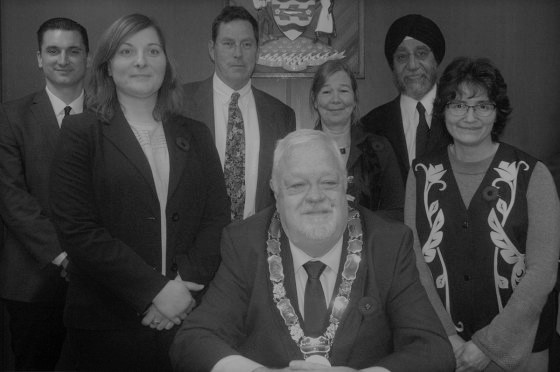 North Cowichan councillor Debra Toporowski has disqualified herself from a vote on consultation with First Nations on the Municipal Forest Reserve on the grounds she also sits as a councillor for Cowichan Tribes.

“I will recuse myself from this meeting for today for this item — future discussions with the Cowichan Nation Alliance regarding the municipal forest — due to my affiliation to my role on Cowichan Tribes council,” Toporowski told the Oct. 7, 2020, council meeting.

Toporowski’s decision preceded the most open discussion yet on the closed First Nations’ consultation.

Councillor Rosalie Sawrie said council is in “unchartered territory” with First Nations and asked the public to be patient. “I also understand there is a lot of mistrust with the public in how council and staff are going forward with this. But I just want to ask you to give us the benefit of the doubt. We’re all trying our best here.”

She added: “I do respectfully disagree that government-to-government relations should be open to the public. Part of building these relationships requires time to develop that trust and doing that under a microscope is only going to complicate and slow things down.”

No one knows when consultations with First Nations will be completed and the public consultation renewed. “It’s fair to say that we made a mistake in thinking that both could be done at the same time,” Sawrie said.

On July 17, Mayor Al Siebring issued a written statement saying that council had enacted a “60-day pause on the engagement process to facilitate a government-to-government consultation with local First Nations,” adding these consultations “could potentially change the scope and scale of the public engagement process.”

At the Oct. 7 meeting, council endorsed the following Sawrie motion: “Council extend the pause on the public engagement until an agreed-upon way of moving forward is reached during the First Nations consultation process.”

So far, there’ve been two meetings with Indigenous leaders.

Siebring described the “extreme skepticism expressed by one of the chiefs” that the “entire exercise of consulting with the Cowichan Nation was nothing but window dressing and that we really weren’t serious about this process."

“You have to understand that…council is facing a bit of a dilemma here, the conflict between two competing priorities….” said Siebring. “First, is the notion that we want to ensure open and transparent communications with the public. Second, continuing to develop strong relationships with our Indigenous neighbours."

Councillor Christopher Justice said that an “indefinite timeline is bound to cause some consternation and angst” amongst the public and suggested the municipality find a way to inform citizens and build trust during the pause in public consultation.

He found no support among council. One hopes that changes as more specifics surface.

Ted Swabey, Chief Administrative Officer, said: “This is a very difficult thing to message when there really isn’t anything to message at this point other than we’re building a relationship and we’re discussing their concerns about how the municipal forest is being used.”

Councillor Kate Marsh confirmed it is the responsibility of senior governments — not a municipal council — to consult with First Nations.

But she also noted that BC is in an era of reconciliation and that council meetings begin by saying they occur on the unceded territory of the Cowichan people.

“I think about when I went through a divorce and how ticked off I was,” she said. “Things changed so much in two years. We’re talking about hundreds of years.”

Councillor Rob Douglas did not participate in the discussion because he is on leave while running for the NDP in the Cowichan Valley riding.

The silver lining to the pause in public consultation is that — for now, at least — a moratorium on logging of the forest reserve remains in place. The municipality is applying for provincial funding through the Community Resiliency Investment program to reduce wildfire risk on the urban interface for work to be conducted in 2021.

Exactly how and where cutting occurs to mitigate fire risk could be another forest issue.