I come not to praise Council nor to bury it 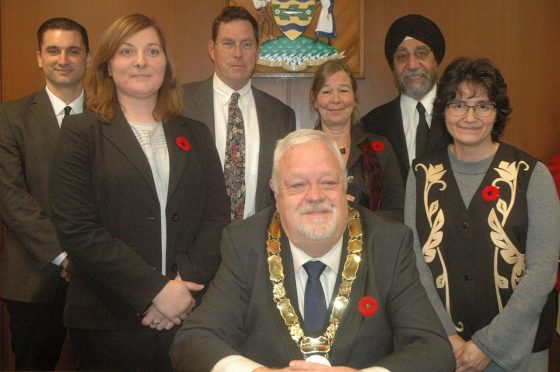 While people around the globe are trapped in stifling apartments, here we are free to roam six mountains of forests, a paradise that is home. This summer we are being asked to stay home. What if we did this? What an opportunity not only to eat local, buy local, hike, bike, swim, boat and hang out locally, but also to know how things go down locally: how decisions that impact the beauty of the Valley are made, who has power, who does not; I’m talking about local government.

I was never going to write an article on Council because, like most people, I was going to live and eventually die blissfully ignorant of what went on in our municipal halls and Council chambers. Then I tripped over some logging tapes that led through the forests in a direct line to Council and a shocking discovery (shocking to me): Council votes on issues without having all the facts. Over two years advocating for our forests, I have seen it happen and it has been painful to watch.

Watching a recent Council meeting it was agonizing; Shakespeare’s Julius Caesar came to mind. You know the one where Mark Anthony begins: “Friends, Romans, country men, lend me your ears; I come to bury Caesar, not to praise him…” Sometimes Council make big mistakes and like Caesar, the fault lies not in them, nor in our stars but in ourselves—our community, and for that matter all communities in the province—for we have collectively created an impossible situation.

It is said that being a Councillor is like trying to drink water from a fire hose. It is more than a full-time job. If Councillors were to do all the work expected of them—getting through 800-900 page meeting agendas, reading massive reports from staff and consultants, investigating the facts, listening and responding to citizens and citizen groups, attending meetings, being on committees, etc—I figure the job, done right, could take at least 60 hours/week. But these people usually can’t even put in 40 hours because we pay them only $25,000/year. Unless they are financially independent they need to have another full-time job to survive. Half of them do. So they have to make the choice—burn themselves out or rely on the overview provided by staff and not take into account all the critical details.

Council is supposed to be our watch dog—every Councillor a little tugboat directing the large Municipal Ship, as it calls itself. Yet, without councillor-specific support staff or enough time to research on their own, Council often ends up serving as a rubber stamp for staff recommendations and perspectives.

What is the point of having Council if they don’t have time to be critical and why do we pay Councillors so little? I asked around and discovered that most people, like me two years ago, know almost nothing about Council. So I figure, since Council is deciding the fate of our Valley, it’s time someone described what Councillors are up against.

As an example, here is what happened at the online meeting before the summer break. It began at 11 am and went to 10:30 pm. It covered an 845 page agenda. Councillors who work Monday to Friday had a weekend to digest it—a tome to be comprehended and queried, and also emails about the RCMP and forests, including articles from Where Do We Stand warning about a non-transparent seemingly biased public consultation process about the forests. Toward the end of the meeting I just about collapsed. It was exhausting and I was just sitting on the sidelines.

Listening to just a few of the issues our community is facing—the homeless crisis, opioid crisis, water crisis, climate crisis, forest crisis, the pandemic—I wondered when one of the Councillors would crack up or break down under the pressure. None did, though the Mayor, trying to pronounce Chemainus, cracked jokes about being so tired he was slurring his words. (You’ve got to love the Mayor’s sense of humour: even when you disagree with the guy, he makes Council meetings fun.)

The Big Ship is on course plowing straight ahead—that is its function. It’s not the job of staff to come up with visionary ideas and suddenly change course. Their job, it seems, is to resist change because change comes with a price and their responsibility is to stay on budget. Their mission seems to be to warn Council not to rock the boat, stay the course.

Ditto, it is not Council’s job to unilaterally impose their visions. Their job is to listen to the community to find and articulate the visionary ideas and then to push the Ship in a new direction for the greater community’s benefit. Our job is to reach out to Council on important matters.

It is said that change begins locally and reaches outward. We need to change. It is said our politicians are reflections of us. The bigger the mirror—be it provincial, federal, or international—the more we are able to lose ourselves in the faceless crowd; the smaller the mirror the more we are forced to look into our own eyes where upon denial ceases to be an easy option.

Instead of blaming our local government for making mistakes it’s time we opened our eyes to take responsibility for what is happening in our backyards. It begins with ensuring that our local representatives can do their job.

It is time to begin a conversation. If not now, when we are being asked to stay home, when will there be a better time?

Four Public Engagements. Is It A Plot?
Unmasked: The Pandora’s Box Of The Valley
My name is Icel. No, I’m not a terrorist.
Call to action: Fill out the North Cowichan Vision & priorities Survey NOW! (Deadline September. 15)