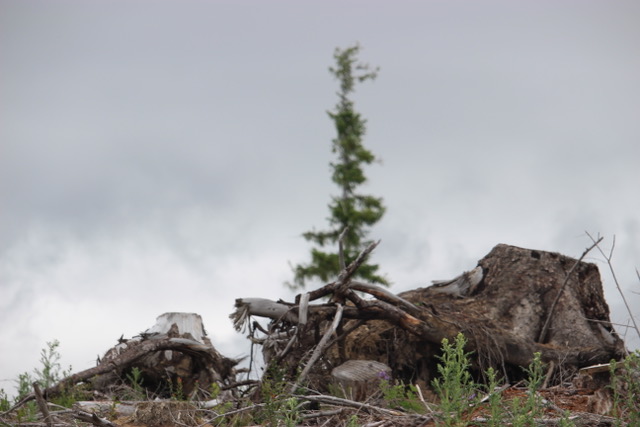 North Cowichan council on Tuesday received an outpouring of citizen support for conservation — not logging — in the Municipal Forest Reserve.

Council started a three-hour-plus budget meeting by acknowledging it had received 33 emails related to the forestry issue.

– “There are much better ways of using our forests than logging them for short term gain.”

— “It is my understanding that while you are asking for First Nations and public consultation on community forests that there may be logging that is proceeding. If this is true, it is the height of irresponsibility particularly when the public is in such a compromised and preoccupied position with health and Covid concerns.”

— “It would make far more sense to either conserve the forests for carbon credits, or manage it in a similar way to Wildwood Ecoforest, where some trees are removed, but in a way that leaves the ecosystem intact.”

At its Committee of the Whole meeting, council unanimously endorsed a 2021 budget requiring a modest tax increase of 2.31 per cent.

That translates into about an extra $38 for an average home valued at $437,600. The budget benefitted from a $4.4-million Covid-19 Safe Restart grant from the federal and provincial governments.

Council supported a staff recommendation to take $591,820 from the $1.145 million forestry reserve fund to make up for the absence of logging income during the consultation process.

Both sixmountains.ca and wheredowestand.ca had published articles raising public awareness after several councillors on Dec. 8 raised the issue of costs related to the current moratorium on logging in the 5,000-hectare forest reserve.

But on Tuesday — without debate — council supported the staff recommendation, effectively maintaining the moratorium pending consultations on the forest reserve.

Responding to a question from Councillor Rosalie Sawrie, finance manager Mark Frame told council that if a moratorium on logging continued he would expect operating costs in the forest reserve to “gradually fall off” over time given a reduced need for activities such as silviculture. “I would assume we would have reduced expenses going forward.”

To date, the municipality has held three closed meetings with First Nations, with no other meetings currently scheduled.

In July, council announced it had paused the public consultation to facilitate a government-to-government consultation with First Nations.

In October, council agreed to extend the pause "until an agreed-upon way of moving forward is reached during the First Nations consultation process."