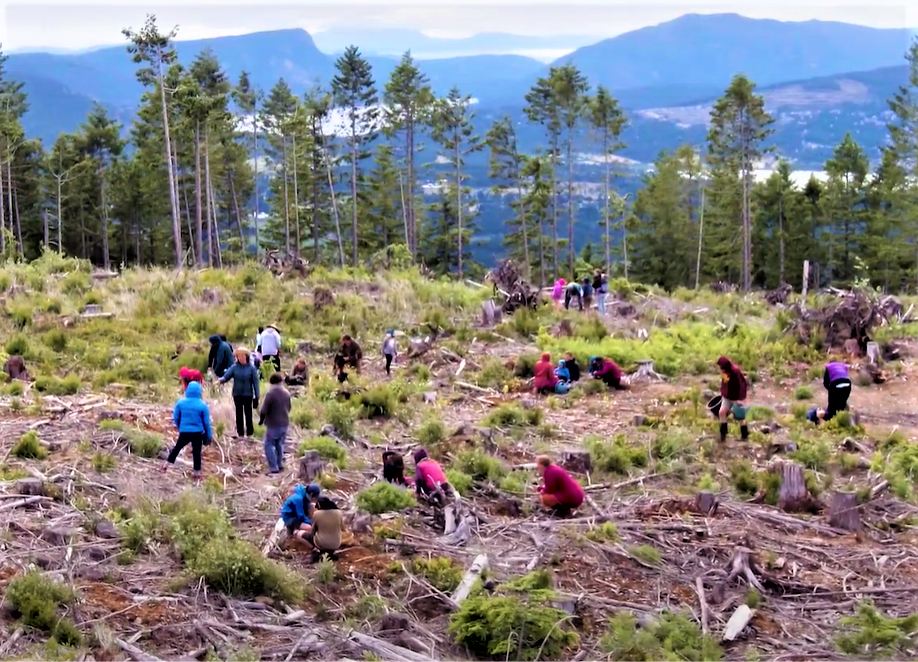 WhereDoWeStand.ca is a gathering place committed to advocating for public engagement about the greater good of our Six Mountain Community Forest.

WhereDoWeStand.ca is managed by Icel Dobell and Rob Fullerton.

Icel is a community advocate and co-founder of WhereDoWeStand. Icel wrote and directed four short films about the Six Mountain Community Forest.

WhereDoWestand.ca is a blog powered by the donated time of it's volunteers. (We are no longer a BC Society and we do not accept donations, membership fees or run paid election ads and we are not affiliated with any other environmental or political organization).

Where Do We Stand began with a few concerned citizens and quickly evolved into a grass roots movement. It is a film, a community event, a facebook page and a website. Our one shared message is stated by the petition and signed by over 1500 citizens.

"We are requesting a pause in all logging of the North Cowichan Municipal Forests to allow time for public consultation on the future of our six public forest reserves. In light of accelerating ecological, economic, and social changes, I believe that the public requires in-depth information from a broad range of experts on the forests."

40,000+ people have viewed the first film, 1,500 people signed the petition, 30,000 people visited our website, 900 people submitted comments, 800+ people subscribe to our newsletter, and 650 people attended the 6 Mountains Event at the Performing Arts Centre.

More than 60 volunteers have donated thousands of hours.